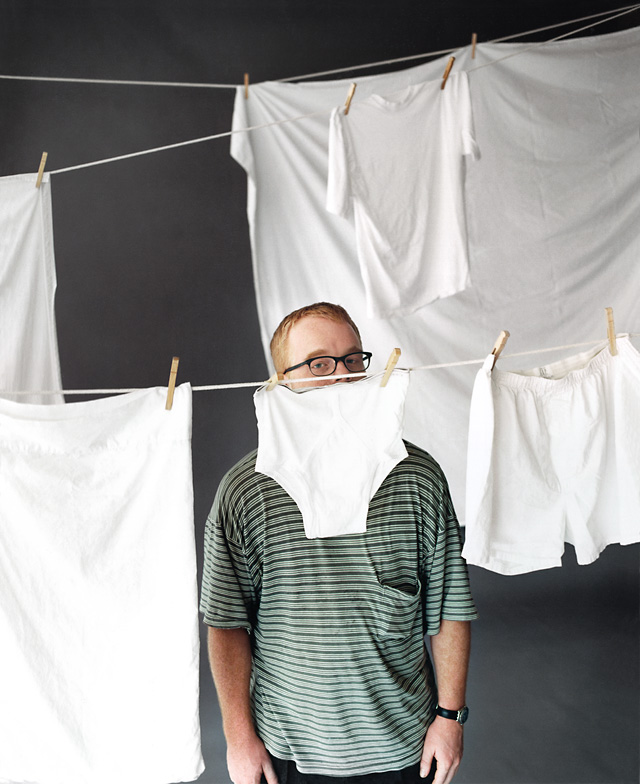 Philip Seymour Hoffman photographed in New York  for Premiere Magazine, 1999. I was told later that it was one of his favorite sessions.

I did three sittings with Philip Seymour Hoffman but it’s the time that I had a random lunch with him three years after working together that I find myself thinking about.

Running errands on a spring Saturday I popped into a hot dog joint on Lafayette, just south of Bleecker. A minute after I placed my order at the corner Philip came in. The place was almost empty, so I went up and said hello. He recognized me right away and was friendly, if low-key.

We sat down and ate. He had a cheeseburger and I had two hot dogs wrapped in bacon with hot sauce.

During our conversation I congratulated him on his Best Actor Oscar for “Capote”, which he had received only days before. I told him that he can’t now go off and do stupid big-budget action movies (a common misstep by past winners). He chewed his sandwich for a couple of seconds and then told me that his next picture was “Mission Impossible III”.

I don’t remember even speaking with them – I was just trying to get it all on film.

He was fun to photograph, and he brought real joy to his performances. He’ll be missed.